More than 100 hours of practice and rehearsals came together on the big day as Mel Adams and Gordon Simpson tied the knot at The Montagu Arms Hotel. When they began preparations for their big day, little did they know that their celebration with family and friends would be televised to the nation after the couple signed up to learn their “first dance” from Strictly Come Dancing star Natalie Lowe.

How did you meet?

"We met through work, in 2008. Both of us are employed as journalists at the Daily Echo newspaper in Southampton. We initially got to know each other on a few social occasions and then began going out a few months later". 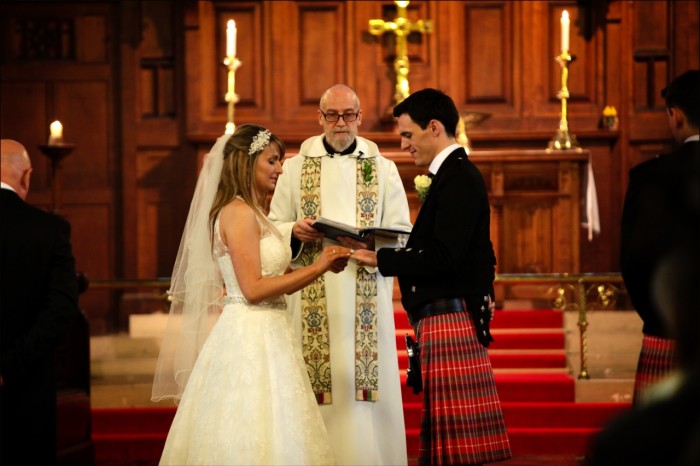 "We were on a short break to Venice, in March 2012. The proposal actually took place as we were walking over the Rialto Bridge after dinner. It took Melanie by surprise a bit, but, fortunately, she accepted". 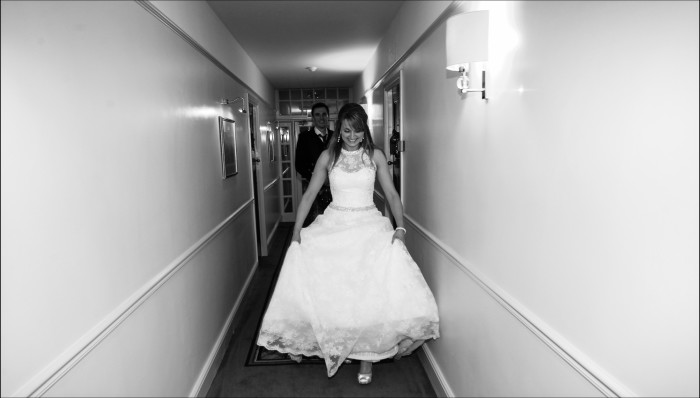 "My wedding dress was a design by Veromia, which I found at Gorgeous Gowns in Romsey. Having looked at a lot of dresses, I knew instantly that this was the dress for me because it was so different to anything I had seen before. I loved the high neck detail and the buttons which went all the way down the back of the lace dress".

Being Scottish,Gordon wore a kilt for the wedding. "Both myself and my brother, who was my best man, were in the full traditional dress and family tartan for the day".

"Our bridesmaids had teal dresses which fitted with our festive theme. They were off the shoulder and the sequin band around the waist was similar to the jewelled band my wedding dress had. They also had faux fur shrugs to ensure they were not too cold posing for photos outside. My Maid of Honour was my sister Chloe (Adams), and then my friends Suzanne, Paula and Verity were my bridesmaids, with Paula’s daughter Rosie as my Flower Girl".

"The ceremony took place at Christ Church Freemantle, in Southampton. It is a gorgeous church, where Melanie’s parents and grandparents had got married. It was a beautiful service, led by Rev Brian Cox, with many of our friends and family there".

"Our reception at the Montagu Arms Hotel was truly perfect. It really was everything we could have hoped for and more. The hotel was decorated so beautifully – we will never forget how amazing the restaurant looked – and there was such a warm glow throughout the whole place. We booked a saxophone player for the drinks’ reception, which added to the atmosphere. The service from the hotel staff really was magnificent. They couldn’t do enough for us, nothing was too much trouble, and our guests were so impressed. They still haven’t stopped talking about the food, either, which was sensational. Everyone who stayed overnight was thrilled with their rooms as well. We were so thankful that we chose the hotel – nowhere else we saw compared to it". 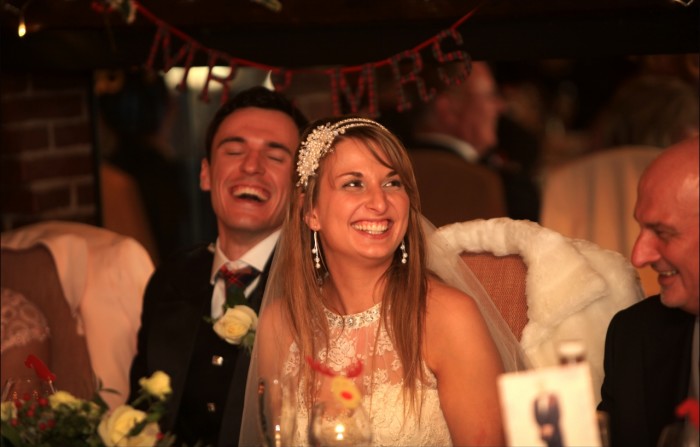 This was a little bit different! "A few months before the wedding, we had been chosen to appear on a feature on Strictly Come Dancing’s midweek show, It Takes Two. We had been filmed by the BBC while one of the professional dancers, Natalie Lowe, taught us a routine for our first dance. We ended up performing a fusion – with the first part being a Waltz to the Leona Lewis song A Moment Like This, and the second half a cha cha cha to Barry White’s The First, The Last, My Everything. It was a challenging, scary, wonderful experience, and an incredible rush to perform the dance on the night – all in front of our guests and the BBC cameras!" 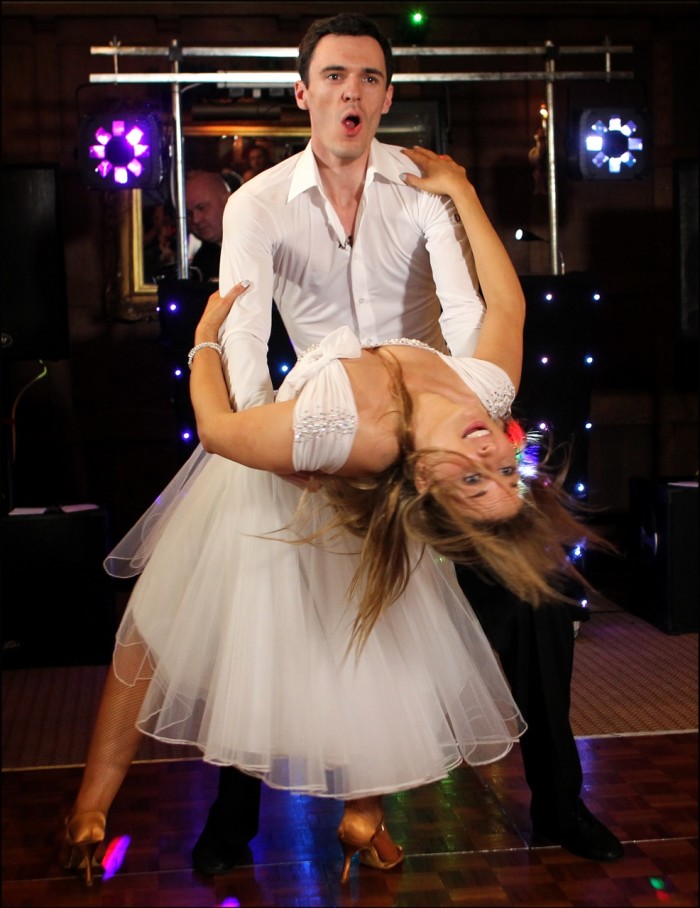 "Our flowers for the church and reception were done by Mala Williams, the in-house florist for the Montagu Arms. We opted for ivory roses, along with red berries and green foliage, to match the festive theme. She also suggested to include a thistle in the bouquet and Gordon's buttonhole, which was a lovely touch. We had a beautiful large pedestal as well, which looked amazing in the church. For the table centrepieces, we chose a really elegant design, which featured candles in them, helping to give the room its wonderful glow".

"Our wedding took place shortly before Christmas, so there was a festive feel to everything. The hotel decorations were gorgeous, extremely classy and elegant. We also brought along a few of our own decorations to add in a couple of extra little touches. All of the hotel looked great, but the restaurant really blew us away when we walked in. The tables for our reception all looked beautiful and it just made for a really magical setting".

How do you feel the day went?

"We have both said that the day was better than anything we had even hoped for, aside from a bit of rain and the bridesmaid’s car breaking down in the morning, anyway! The service was beautiful and the reception was truly wonderful. For us, it was without a doubt the perfect wedding day".
For more information about booking your winter wedding at The Montagu Arms Hotel, please contact our wedding coordinator, Clara Earp on  01590 612324 or contact us online.