Stop Horseing Around! - The Naughty Animals of The New Forest

Unique, enchanting and sometimes perplexing, there is never a dull moment as a resident of the New Forest.

You will notice most houses have gates across their driveways to deter their inquisitive four legged neighbours from venturing into their homes – something The Montagu Arms Hotel knows all too well.
Firstly let us introduce you to one of our regulars to the garden. We have predictably nicknamed this friendly feline ‘Monty’. He’s friendly yet non-intrusive with guests as he quietly sits in the garden watching the world pass him by. We’re unsure of where Monty actually lives however he’s adorable all the same. 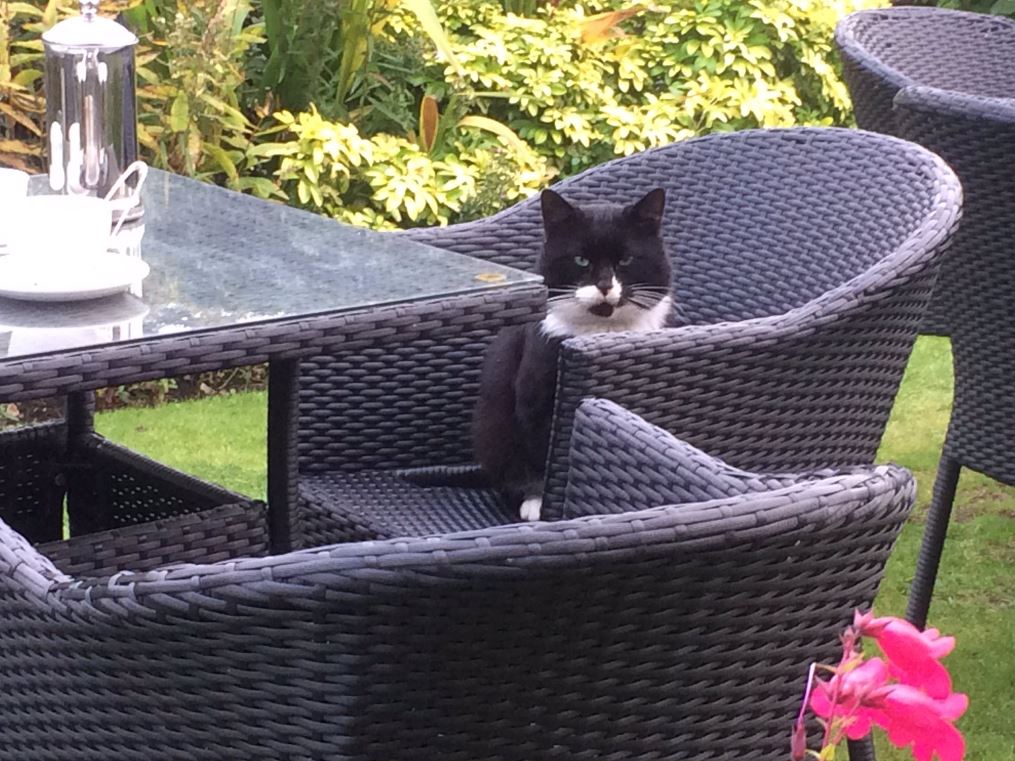 Monty the cat is the least of our troubles however. Back in 2012 chaos struck in the Kitchen Garden when 10 cows broke into the grounds of the hotel. After a satisfying feast on all our freshly grown produce, they managed to climb down the steps into the garden, and then couldn’t work out how to go back up the steps
With 10 cows stuck in our garden we had no choice but to rally the troops and calmly move them out. Chefs, Housekeeping and Senior Staff rolled up their sleeves to get involved in this delicate operation. After several attempts and with more plants being consumed along the way, the cows were safely moved out of the garden and the gate was firmly closed behind them.
If you thought that escorting a herd of cows out of our garden was a big enough challenge – you would be wrong. Nothing could prepare us for our next visitor. 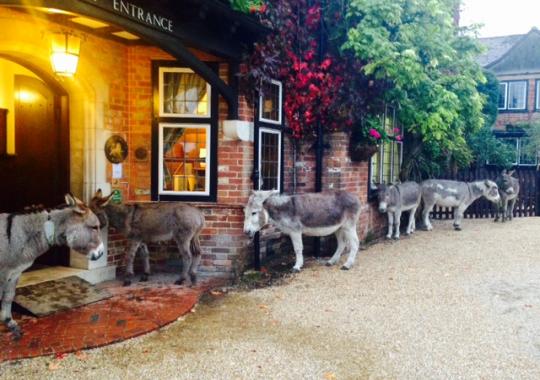 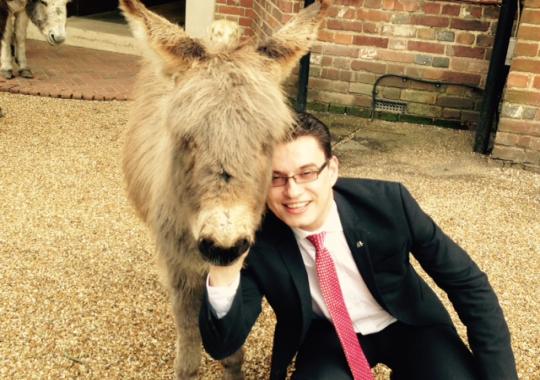 "I see their knavery.  This is to make an ass of me, to fright me, if they could!"

One sunny morning our Porter discovered some unexpected visitors sleeping in the corridor of the hotel. Albeit cute, the two donkeys had no intention of moving, in fact they had made themselves feel quite at home. Negotiations between staff and the donkeys (now affectionately know as 'Nick' and 'Bottom') began as we tried our best to move them out the hotel - the spectacle of which, would have made the perfect additional scene in Shakespeare's Midsummer Night's Dream. After failed attempts we turned to the award-winning kitchen for assistance. After some persuasion, they agreed to leave in exchange for carrots (we ensured them they were organic and locally sourced.) and the door was closed.
In 2013 we were left in utter shock one morning when our Gardener reported the worst of them all. Guests of the Montagu Arms Hotel will know of our hotel chickens. These chickens produce fresh eggs every morning which are collected and brought straight to the restaurant, ready for your breakfast. One morning, the Gardener went to retrieve the eggs to be met with devastation. Unfortunately, it seemed that 'Fantastic Mr Fox' was not so fantastic at all. He had helped himself to all 40 of our chickens.
Each story tells of how close we are to the New Forest wildlife. You will see donkeys, cows and ponies meandering through the village on a daily basis and this is a truly magnificent sight to see. With 21st century life as busy as it is, it is not often we get to escape to a world where life is slow paced, calm and as enchanting as the New Forest. So make sure you pay us a visit – you will not leave disappointed.
View our latest breaks and hotel special offers to book your tranquil New Forest break today. Call 01590 624467 now or