We are excited to announce the appointment of new Head Chef Matthew Whitfield, who returns to the UK after working at one of the world’s top restaurants.

The famed EMP has been in the top five of the world’s restaurants since 2016 and was the first American restaurant in 14 years to be named best restaurant in the world in 2017.

Matthew Whitfield, who worked at EMP under renowned chef Daniel Humm, has previously, worked for a succession of Michelin-starred restaurants, including the two-star Sea Grill in Belgium and the one-star Driftwood restaurant in Cornwall, where he was head chef.

Originally from Southampton, Matthew, 30, is returning to the Montagu Arms six years after working there as head pastry chef. 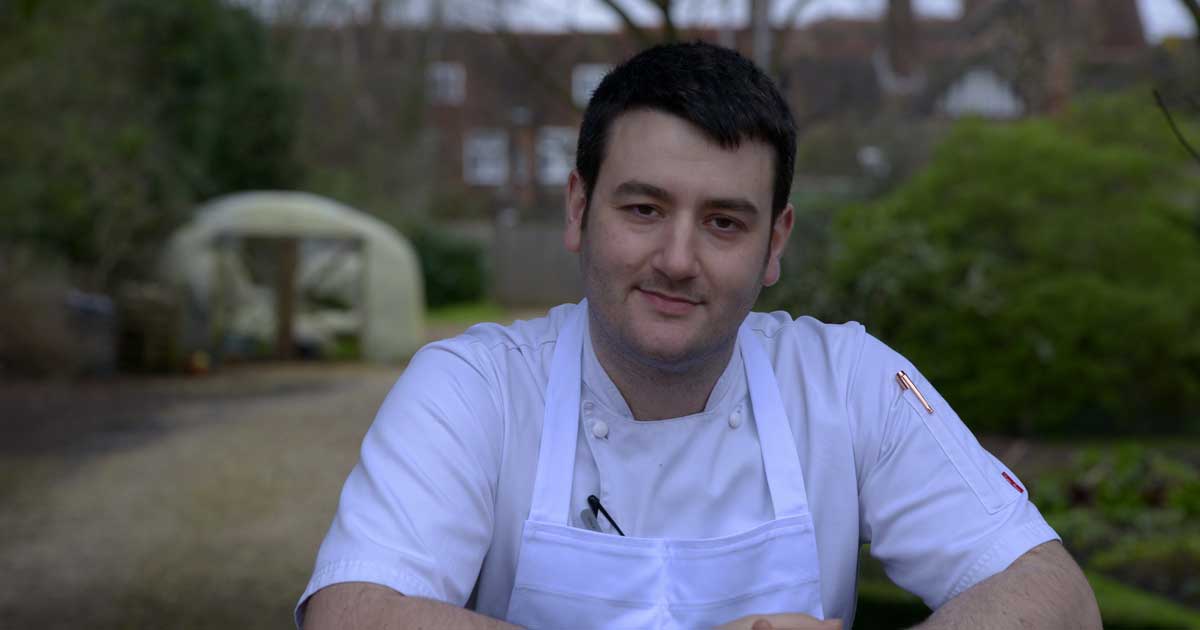 Matthew is looking forward to building on the great work of his friend and former colleague, Matthew Tomkinson, who leaves The Montagu Arms after 10 years at the helm of the Terrace.

“I am thrilled to be joining The Montagu Arms, and have great plans for the future,” says Matthew Whitfield.

“It is a dream to return to the Terrace. Matt has done an amazing job, and my goal is to build on all that he has achieved – I’d love to regain the restaurant’s Michelin star.”

James Hiley-Jones, managing director of Greenclose Hotels which owns The Montagu Arms, says: “We are absolutely delighted to welcome Matthew to the Terrace restaurant.

“It is a rare thing for a chef of this calibre to choose to work outside London. He comes to us fresh from one of the best restaurants in the world, after many years building his skills and reputation at a succession of incredible establishments.

“We are very grateful to Matt Tomkinson, who leaves us after 10 years to take on a fresh new challenge. He took the Terrace to previously unimagined heights, winning a Michelin star in 2009 and retaining it until the restaurant’s refurbishment in 2016.

“We now look forward to exciting times ahead under Matthew Whitfield, a passionate and extraordinarily talented chef with big plans for the future of the Terrace.”

We are proud to be working with some of the best suppliers from the New Forest and beyond, as well as harvesting fresh, seasonal ingredients from our very own kitchen garden. Visit the Terrace restaurant and come and taste the forest for yourself.