On its Geneva Show debut in March 1961 the Jaguar E-Type caused a sensation.

Considered to be a generation ahead in design, styling and performance of the XK150 model it replaced, the new Jaguar ‘E’ Type confirmed all the promise of its looks with a 150mph top speed and 0-60 and 0-100mph in 6.9 and 16.2 seconds respectively. It was the nearest thing to a racing car for the road that had ever been seen.
Introduced in 3.8-litre form, its design owed much to that of the racing D-Type: a monocoque tub forming the main structure, while a tubular spaceframe extended forwards to support the engine.
Although conceived and developed as an open sports car, the Jaguar E-Type debuted in Coupe form but there were soon two body styles to choose from; a sleek open two seater Roadster and the two seat Coupe both with long, low aerodynamic lines styled by Malcolm Sayer, who had previously penned the Le Mans winning ‘D’ Type. 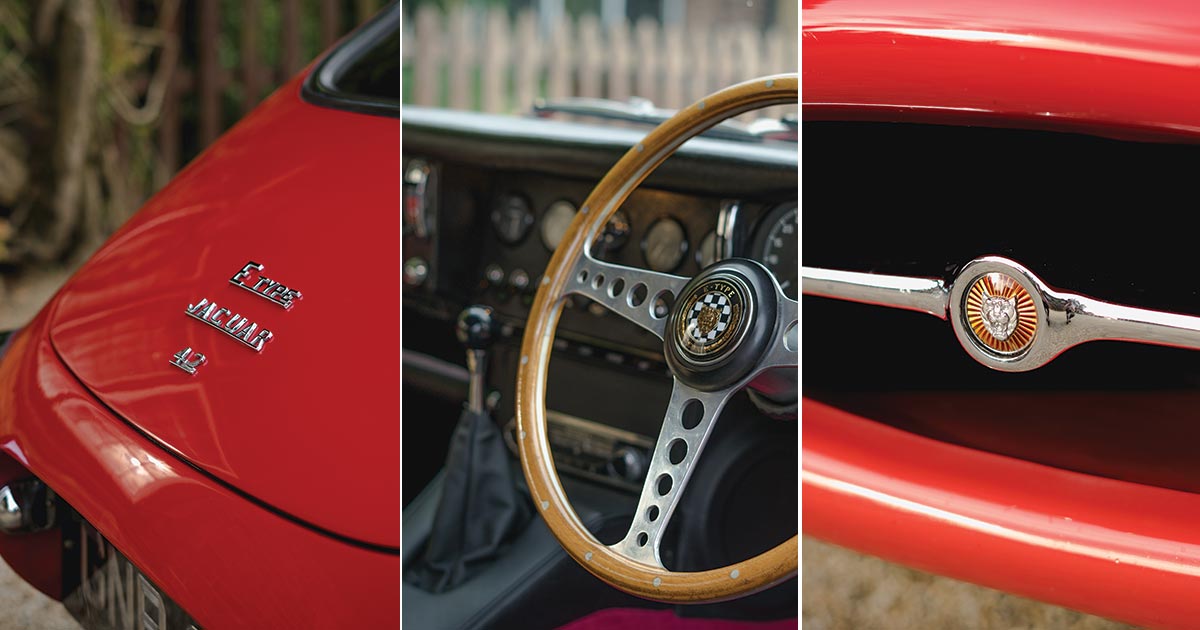 Aerodynamically, the Coupe was superior to the Roadster and was the better Grand Tourer, enjoying a marginally higher top speed and the considerable convenience of a generously sized luggage platform.
In October 1964, the 265bhp 3.8-litre-engined E-Type was superseded by the 4.2-litre model. Apart from the capacity increase from 3,781cc to 4,235cc and improved torque, it boasted a new all-synchromesh gearbox, improved brake servo and seating arrangement, improved cooling and electrical systems and the dashboard was now leather-faced rather than bare aluminium.
The 4.2 model was pitched against other exotic machinery being produced at the time in Italy and Germany, yet the price tag of the Jaguar made it eminently more affordable and performance was equal to, if not better than most of its Continental rivals at the time.
Successes on the track abounded establishing the car’s reputation as a true GT car with racing potential, born out of the legendary C and D-type Le Mans winning Jaguars of the 1950s. To this day the E-Type has remained amongst the most successful GT cars and examples are still to be found at the front of the pack in historic racing.
Jaguar’s founder, Sir William Lyons summed up the car’s impact best

“Few cars have been received with such acclaim and from the outset they have captured the imagination, not only of the motorist but the public at large in a manner that has seldom, if ever, been experienced before”.

Of all the many E-Type variants, it is the Series 1 4.2-litre Coupe that the majority of enthusiasts consider the most desirable, combining the purity of the original concept with the superior performance of the larger engine. 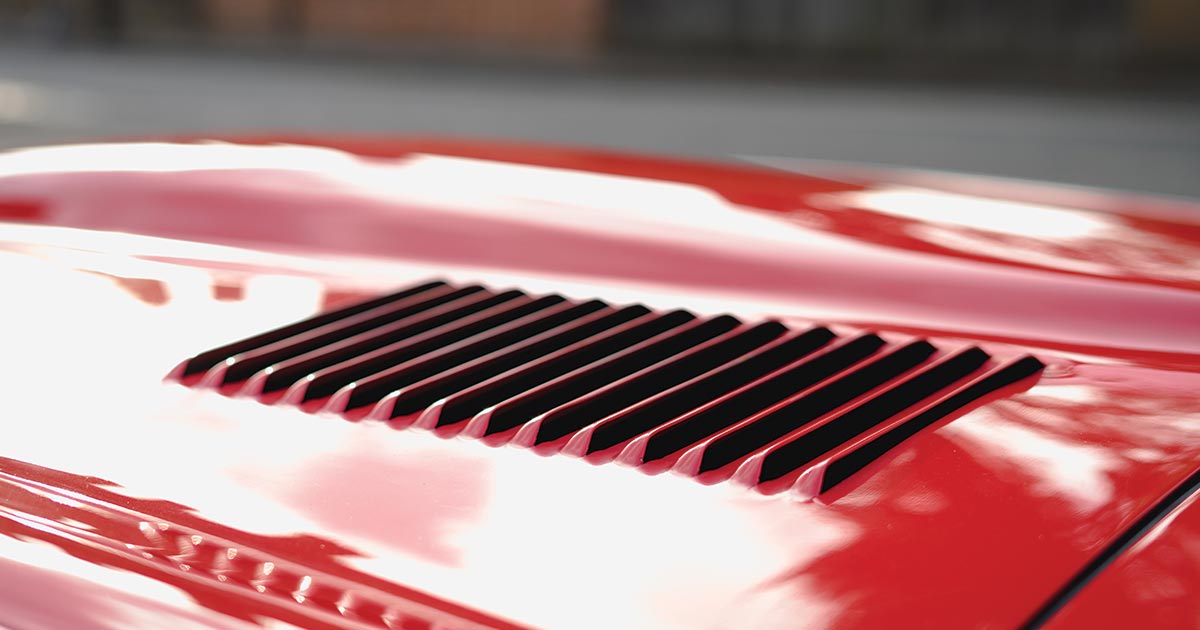 It is this highly desirable example of Jaguar’s legendary E-Type that we have available for hire as part of our new ‘Great Escape – Luxury Classic Car Break’.
Being a 1966 Series 1 4.2-litre 2+2 Coupe arguably makes it the most sought after and versatile of E-Type models.
Introduced in 1965 the 2+2 offered increased cabin comfort from an additional 9 inches in wheelbase length and 2 inches in height, making it possible to take even the most generous of picnic hampers along on the grand tour!

Finished in Signal Red with black leather interior, the car is stunning from every angle and represents one of a quartet of classics in our NEW Luxury Classic Car break.

Full details are as follows:

Prices from £395 per person